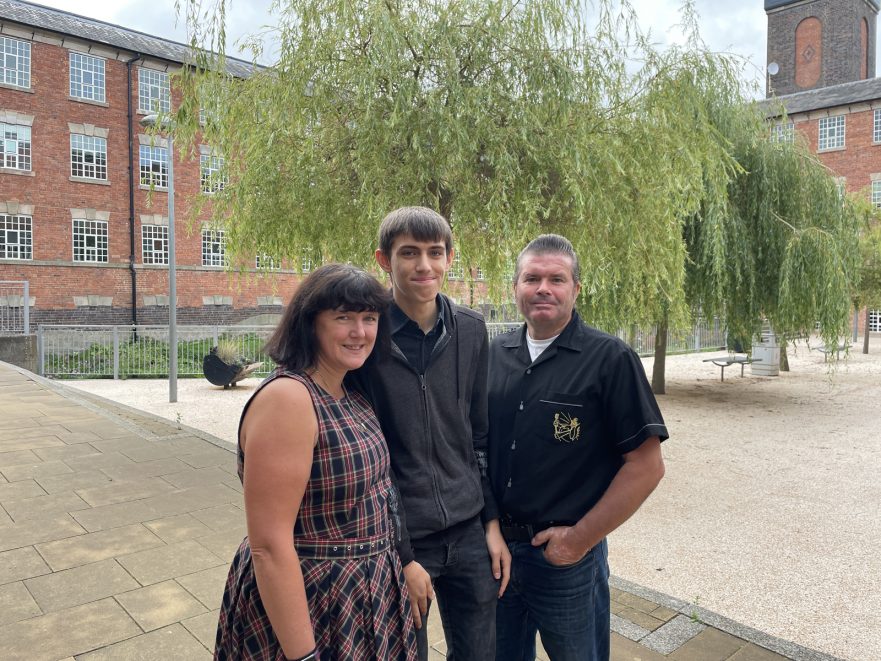 The JCB Academy Sixth Form has once again enabled students to go on and pursue a wide range of fantastic careers options through university and degree apprenticeship placements and, thanks to its specialism in STEM related A-levels which now include Biology, their first student to go on to study Medicine.

Mrs McGuirk, Principal of The JCB Academy, said: “I’d like to congratulate an incredible cohort of students who have completed their studies in unprecedented circumstances and have responded with determination, compassion and patience. I would also like to say a special thank you to the staff for their dedication to their students during these challenging times. Staff have worked additional hours during their working week and also throughout their holidays to not only ensure their students achieved their grades, but also to ensure their next steps on degree apprenticeships or at university are successful ones.”

This year’s students at The JCB Academy Sixth Form have again received fantastic results in both A-level and diploma subjects, with a record number of degree apprenticeship offers. It’s also the first year a student from The JCB Academy Sixth Form has gone on to study Medicine. Kate Souster from Stafford is going to study Medicine at Anglia Ruskin University after gaining an A* in both Biology and EPQ (Extended Project Qualification) and a grade A in Mathematics and Physics. Kate said: “The support I received throughout my time at the sixth form has been amazing. Studying A-levels, and in particular Biology, has allowed me to go on to study Medicine. This wouldn’t have been possible without the help of my Biology Teacher, Dr Simha”.

Another high achiever with a university offer is George Amison (main photograph) from Stoke-on-Trent who is going to study Mathematics and Physics at University of Manchester. George took advantage of the flexible pathway options at The JCB Academy Sixth Form, studying a Business Diploma and three A-level subjects, gaining a mighty impressive grade in each: a Distinction* in his Business Diploma, A* in Mathematics and an A in both Further Mathematics and Physics. George said: “The academy is really supportive, with teachers who have helped me achieve the best of my potential”. Ben Humphreys from Stone, who is going on to study Automotive Engineering at Sheffield Hallam University, said: “Making the choice to stay on at The JCB Academy Sixth Form was the best choice ever”. Andy Firbank from Swadlincote is also setting his aspirations high, studying Chemical Engineering at University of Nottingham. Andy gained an A* in both Mathematics and Physics and an A in Chemistry and in Further Mathematics.

The JCB Academy has always had an outstanding reputation for its degree apprenticeship placements and, due to its relationships with employers, more students than ever have received offers from companies such as Jaguar Land Rover, Bentley Motors, Balfour Beatty, JCB, Western Power Distribution and Williams F1. Oliver Hamilton from Swadlincote has gained a Digital Technology Solutions Degree Level Apprenticeship at Bentley after achieving a Distinction* in Business and a Distinction*Distinction* in Engineering. Oliver said: “The academy has allowed me to achieve more than I could ever imagine, from excellent staff to the broad range of extra curricular activities, allowing me to gain a placement at Bentley.” An aspiring female engineer, Charlotte Bradford from Stone, has gained a Product Development Engineer Degree Level Apprenticeship at Jaguar Land Rover. Charlotte said: “Without the academy I wouldn’t have had the opportunities – and now a career I have wanted for as long as I can remember awaits me.”

Director of The JCB Academy Sixth Form, Mr Stanmore, said: “Today our students have received yet another set of amazing results. Over 50% of our students have achieved straight A*/A grades or equivalent in their A-level and vocational courses, a remarkable achievement and significantly above the national average of 44%. Our students have secured remarkable destinations and I have little doubt that many will go on to do extraordinary things!”