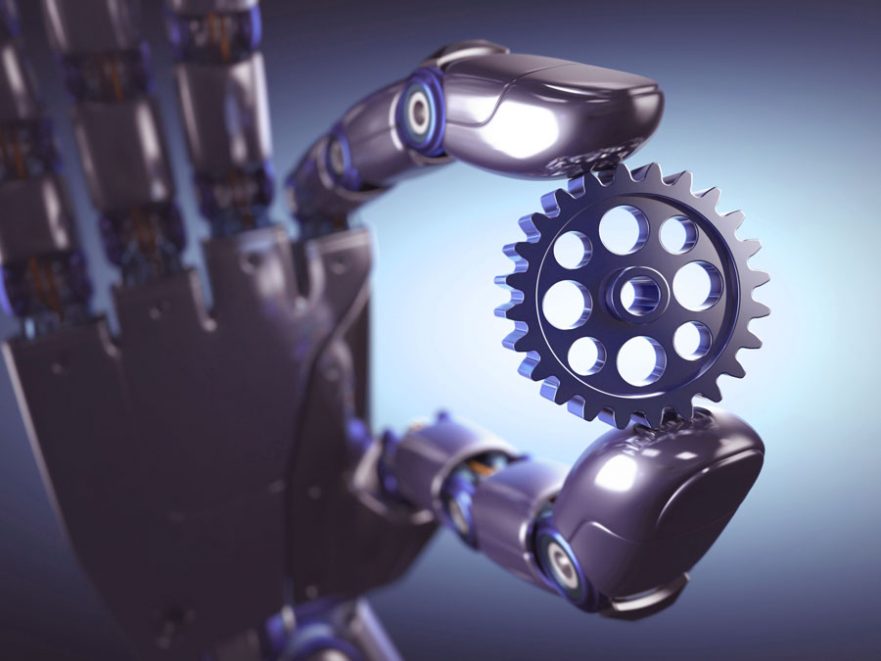 Engineers are at the forefront of shaping the world we live in, helping to solve our biggest challenges. From dealing with cyber security, enabling commercial space travel and minimsing the impact of natural disasters to developing sustainable energy, food, housing and products, engineers help pave the way to a better future for everyone.

Advanced Manufacturing:
An area of significant potential growth for the UK economy, influenced by the growing ‘computerisation’ of production processes, a shift to shorter production runs and more tailored products (facilitated by new techniques such as 3D printing).

Automotive:
Connected and autonomous vehicles are a key focus for the future, providing an additional 300,000 jobs by 2030, enabling vehicles to talk to each other and the wider world.

Aerospace and space:
The UK is Europe’s largest aerospace cluster and manufacturer and second only to the USA globally. Over the next 20 years there is likely to be significant investment into researching and developing greener, quieter, more economical aircraft.

‘Big Data’:
A massive global market for data analysis products and services is anticipated. The UK’s current digital skills shortage means that opportunities exist in the next decade to gain the skills required to analyse complex data and turn it into useful information and intelligence.

Construction:
Significant investment into housing and social infrastructure, along with projects such as Crossrail, Hinkley Point C and the expansion of Heathrow, will generate plenty of opportunities in this sector.

Creative digital:
Contributes around £92 billion to the economy and employs around 9% of the UK’s workforce. The UK is a world leader in areas requiring software and coding skills, such as post-production special effects in films, games design and digital advertising.

Life sciences:
There are over 350 pharmaceutical companies based in the UK. The Life Sciences industry employs over 240,000 people in areas such as medical technology and biopharmaceuticals and has a turnover of £70 billion.

Low carbon economy:
Power, waste processing, energy efficiency products and low carbon vehicles are all growing industries. The UK is a world leader in offshore wind and marine energy and renewable energy now provides around a fifth of the UK’s electricity.

Nuclear energy:
Nuclear power is likely to form an important part of a ‘balanced mix’ of generating technologies over the long term, to provide reliable, low carbon and cost competitive electricity. A new nuclear power station at Hinkley Point, Somerset, is due to start generating electricity by 2027.

Oil and gas:
Provide more than two thirds of the UK’s total primary energy and are expected to do so until at least 2035. Across the UK, oil and gas supports around 270,000 jobs.

Road and rail transport:
With over £400 billion being invested in transport projects and programmes across the UK, the number of apprenticeships in the sector is expected to treble.

Learners work with industry professionals, both our own and those of our ‘challenge’ partner companies, to develop engineering knowledge and skills and to apply these to solve genuine engineering challenges. This challenge partner working offers much more than academic progress and helps contextualise learning and develop employability skills. These engineering partners include: Toyota, JCB and Bosch Rexroth. Learners experience numerous challenges that are specifically linked to real-world problems.

The problem-solving skills and technical mastery that learners develop on this course are sought after by universities, industry and business with many of these actively recruiting from our roll. Learners are encouraged to push themselves to establish their professional skills as a complement to their academic achievements giving them a huge head start in securing the next step in their career.

Our BTEC National Level 3 Diploma in Engineering is the equivalent of two A-levels and must be studied with an additional A-level*, plus the Extended Project Qualification. This diploma is aimed at learners preparing for future roles in the engineering sector such as higher level apprenticeships or progression to an engineering degree course. It has been designed as part of a two year programme of study and is normally taken in conjunction with one or more qualifications at Level 3. It is aimed at giving students a wider view of the sector including elements of mechanical, electrical and manufacturing engineering.

Download the course sheet overview from our downloads page by clicking here.

Our BTEC National Level 3 Extended Diploma in Engineering is the equivalent of three A-levels. This diploma is designed to provide highly specialist, work related qualifications in a range of vocational engineering sectors. It is part of a two year programme of study and is broadly equivalent to three full A-levels. It is aimed at giving students a wider view of the sector and the course includes elements of mechanical, electrical and manufacturing engineering.

Download the course sheet overview from our downloads page by clicking here.