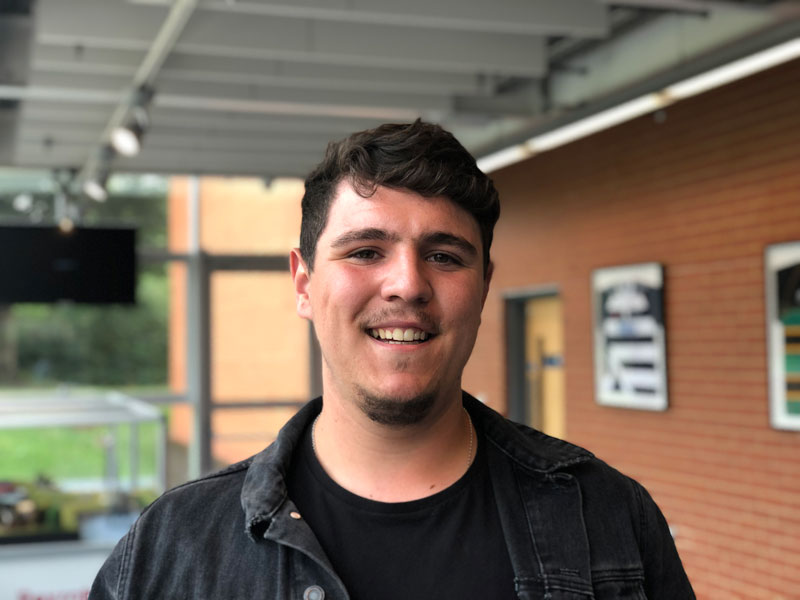 The JCB Academy Sixth Form has once again fulfilled the aspirations of its learners by creating opportunities through its partnership building with businesses and universities. Jim Wade, Principal at The JCB Academy, said: “I am very proud of the fantastic achievements of our learners who have been awarded their advanced grades today. Of the grades across all programmes, nearly 99% achieved success in their qualifications. It is always a really positive day when you see learners celebrating their grades, but more importantly achieving the grades that enable them to move onto their next destination; whether this be at a university such as Durham, Nottingham or Sheffield or onto an apprenticeship with the likes of Rolls-Royce, JCB, Bentley Motors or Jaguar Land Rover. The staff and leaners should be congratulated on the huge amount of work that they have put in to ensuring positive outcomes for all.”

The JCB Academy Sixth Form in Rocester attracts learners with an interest in engineering and/or business. The intake comes from its own academy and several other schools across Staffordshire and Derbyshire; external learners equate to approximately 40% of its overall intake. Many of the learners travel quite some distance to study in the sixth form, which takes dedication and commitment. Jacob Murrock travelled from Derby each day whilst studying at the sixth form. Leaving his local school, Chellaston Academy in Derby, he joined The JCB Academy Sixth Form to specifically study engineering with the hope of gaining an apprenticeship at Jaguar Land Rover. Gaining a distinction in a double award engineering diploma, an A-level in mathematics and a Level 3 EPQ (Extended Project Qualification) secured his degree apprenticeship offer with Jaguar Land Rover. Jacob said: “My time at The JCB Academy Sixth Form has been a fantastic experience and has given me many great opportunities. I am now looking forward to starting my degree apprenticeship with Jaguar Land Rover.” Joe Grosvenor-Collis from Cannock is another learner taking the long commute to study in The JCB Academy Sixth Form. Joe gained a distinction in a double award engineering diploma, an A-level in product design and a Level 3 EPQ which secured his apprenticeship offer with Bentley Motors where he will be working as a cost engineer.

But it isn’t all about engineering at The JCB Academy Sixth Form; many learners study business or traditional A-levels, also benefitting from the partnership building of the academy. Isabel FitzGerald from Hilton in Derby gained an impressive four A-levels at the sixth form: an A* in mathematics, a grade A in physics, chemistry and AS level further mathematics. Isabel will now go on to her degree apprenticeship with Rolls-Royce where she will be working in manufacturing management. Isabel said: “Coming to The JCB Academy was the best choice I’ve made with my education. I would have never been awarded a degree apprenticeship with Rolls-Royce if I had studied anywhere else!”

As well as the fantastic apprenticeship opportunities, learners also go on to some prestigious universities as well. Oliver Morgan from Oakamoor in Staffordshire studied three A-levels and a Level 3 EPQ and has gained a place at the University of Sheffield where he will study English literature. Oliver gained an A in both English literature and business, a B in mathematics and an A* in EPQ. Charlie Earp is another learner that has taken the university route; he will go on to study mathematics at the University of Nottingham. Charlie studied A-levels at the sixth form and gained an A* in mathematics, an A in further mathematics and a B in physics.

Paul Stanmore, Director of Sixth Form, said: “There are certainly some outstanding results this year but perhaps more importantly, our learners moving into universities of their choice or securing positions with market-leading international businesses is the biggest measure of our success. I congratulate every one of our learners that have made the most of the unique opportunities on offer here at The JCB Academy Sixth Form and wish them continued success in whichever pathway they have taken.” 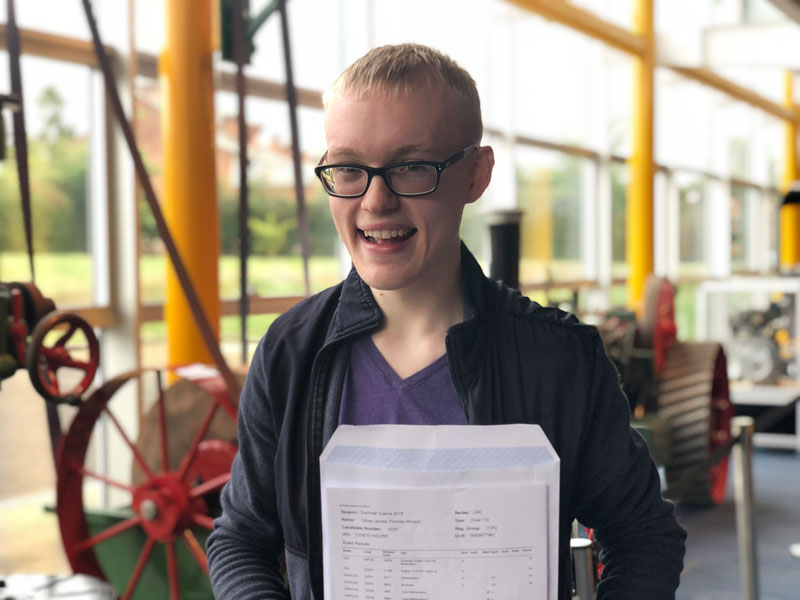 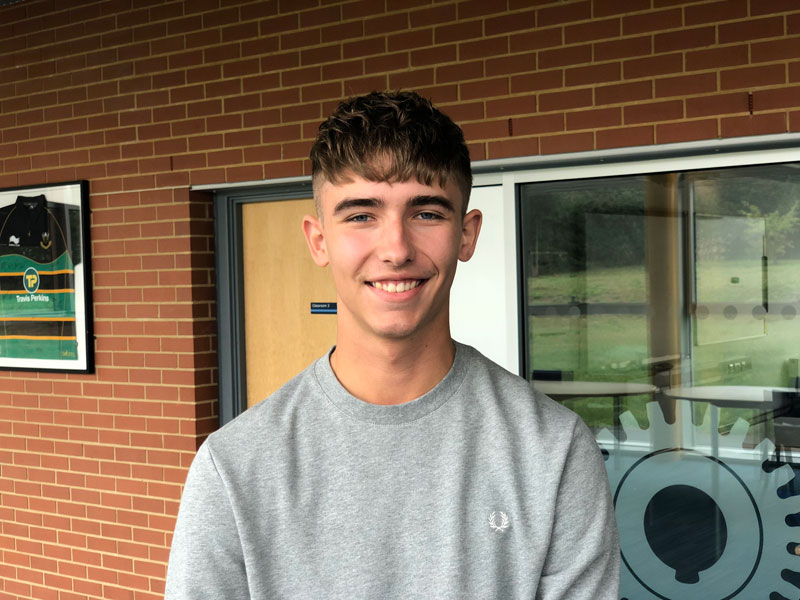 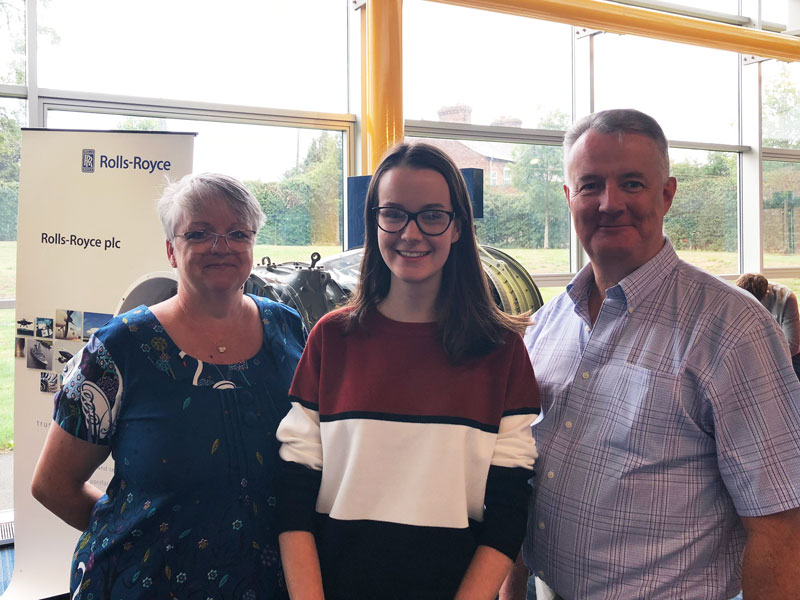 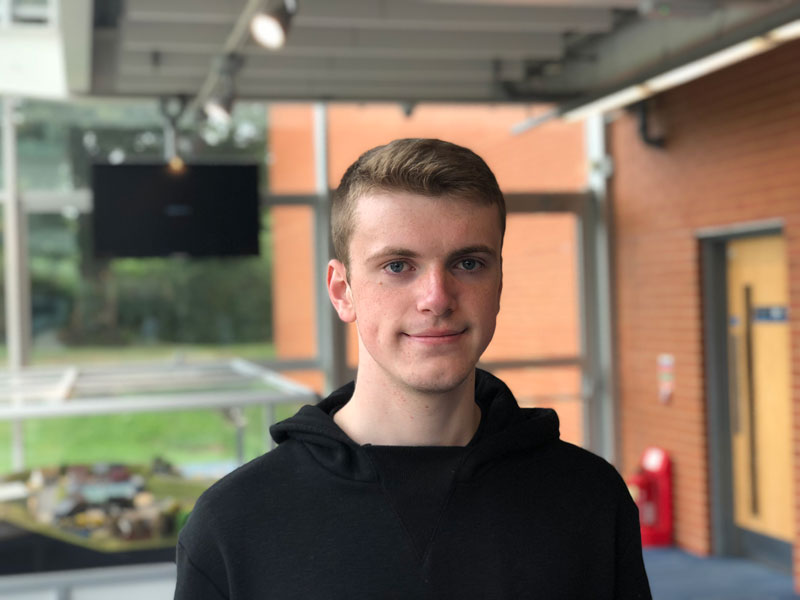