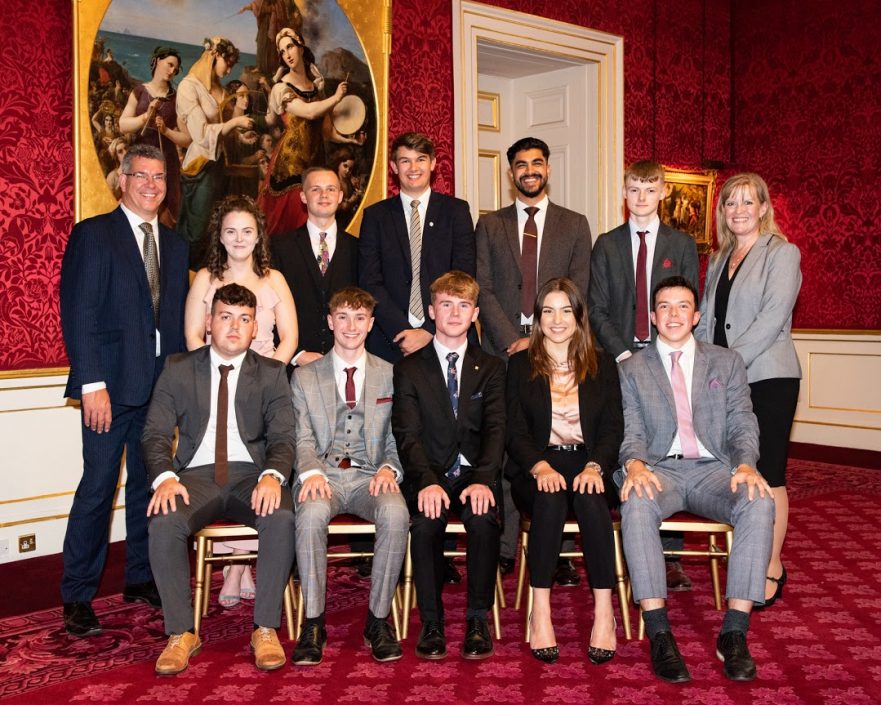 Learners of The JCB Academy Sixth Form received gold awards from HRH The Duke of York on 16th September during this year’s Duke of York Award for Technical Education at St James’s Palace.

The award recognises the success of learners who have pursued highly technical subjects including engineering, health sciences, advanced manufacturing and computer science. It reflects the unique specialist education young people receive at technical schools and colleges which offers academic, technical and practical learning. Nomination for the Duke of York Award for Technical Education is based on successfully completing a process of work experience placements, academic achievement, and development of workplace skills together with a rigorous assessment interview.

Amongst the ten gold award winners were Saad Butt from Stoke-on-Trent. Saad completed his Duke of York Award whilst studying at The JCB Academy Sixth Form where he gained a D*D* in his double Engineering Diploma. After finishing his studies at the sixth form Saad gained a mechanical engineering degree apprenticeship with Babcock International who specialises in defence, emergency services and civil nuclear. Saad said: “The JCB Academy has tailored me to become a professional engineer and I now have a degree apprenticeship secured.”

His Royal Highness gave a speech congratulating the students on their achievements and their decision to study at a UTC: “You are the chosen few who have not only decided to make the brave decision to go the UTC, but you have gained most from doing so. Now go and make a difference in the workplace. None of what you have learnt, none of what you have experienced is any less than anybody else. In fact, it’s a whole lot more.”