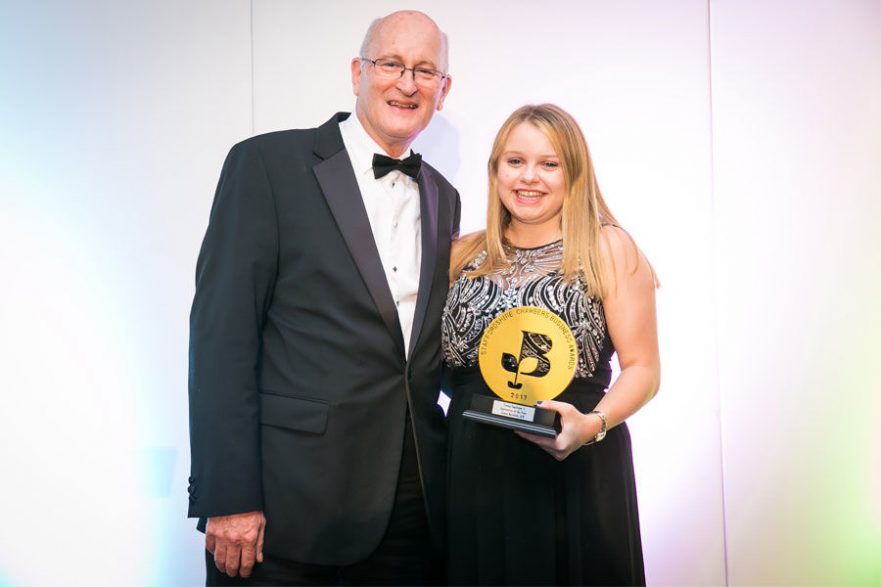 Louise, of Meir Park, Stoke-on-Trent, said: “I am absolutely thrilled to have won such a prestigious award, particularly so early in my career. Becoming an apprentice has been one of the best decisions I have ever taken and to have my work recognised in this way is fantastic.”

Louise joined the JCB Higher Apprenticeship Programme in September 2016 after graduating from The JCB Academy Sixth Form in Rocester with outstanding A-level and GCSE results. Louise joined The JCB Academy in 2012 and continued her education there, joining the sixth form in 2014.

She currently works as a Design Engineer in JCB’s Loadall business unit, which manufactures the world’s leading range of telescopic handlers used in the construction industry and agricultural sector. She is putting her technical skills to good use in designing machine and component prototypes using cutting-edge CAD (Computer Aided Design) technology. As part of her Higher Apprenticeship programme, Louise is also undertaking a 10 week secondment during the summer at JCB Landpower in Cheadle to experience a different area within the JCB business.

JCB Group Director of Training Alan Thomson said: “In the ten months she has been with JCB, Louise has developed a reputation for getting the job done with great enthusiasm and paying a lot of attention to detail. The award is very well deserved.”

While working at JCB World Headquarters, Louise is also studying for a BEng (Bachelor of Engineering) degree as part of a company-funded scheme run by JCB Global Learning in conjunction with Sheffield Hallam University.